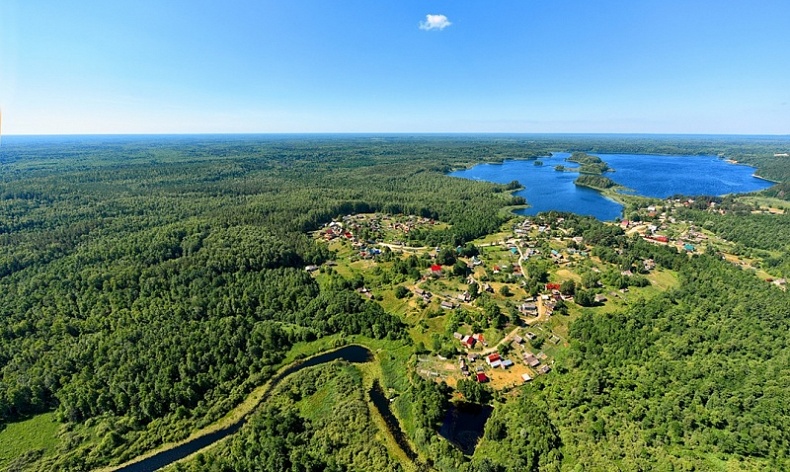 The project for the creation of tourist and recreational clusters and the development of ecotourism in the area of the national park Smolenskoe Poozerie was awarded in the nomination “The territory of prospective development” in a federal competition of the Agency for Strategic Initiatives. Thanks to successful work of the project team’s participants the Smolensk Region will get funding for the development of ecological paths, bicycle paths, beach areas and creation of the sites for investors.

Final presentation of the projects and award ceremony for winners were held in Tula's creative industrial cluster Octava on October 16. The award ceremony was attended by the Chairman of the Competition Commission, the Special Representative of the RF President for Environmental Protection, Ecology and Transport Sergey Ivanov, the Deputy Minister of Natural Recourses and Ecology of the Russian Federation Elena Panova, the Head of the Federal Agency for Tourism in Russia Zarina Doguzova, the General Director of the Agency for Strategic Initiatives Svetlana Chupsheva and the Director of WWF Russia Dmitry Gorshkov. The ceremony was hosted by the General Producer of Match TV channel Tina Kandelaki.

In total 122 applications from 68 subjects of the Russian Federation were submitted for participation in the competition. By the decision of the Expert Commission and by public vote 36 teams from 115 applications made it to the finals. The national park Smolenskoe Poozerie participated in the competition and prepared the concept of the of tourist and recreational cluster with support from the Administration and tourist cluster of the Smolensk Region. The work on developing master plans began in summer, the protection area team made in-depth study of framework concept with the help of expert team, and then successfully performed in front of the Moscow jury in the Agency for Strategic Initiatives. The Head of the Competition Commission, the Deputy General Director of the Agency for Strategic Initiatives Olga Zaharova visited the park as well.

“Smolenskoe Poozerie has significant opportunities for development of the ecological and wellness tourism. Within the framework of the participation in the All-Russian competition, the tourist cluster team of the Smolensk Region in cooperation with the invited experts have done the serious work: the territory assessment has been carried out, the maps have been upgraded, the potential investors that are ready to finance the improvement of the Poozerie infrastructure have been determined. The win in competitive admissions will allow to continue the activity in this direction on a higher level — to create new eco-paths in the park, equipped tourist stations and bicycle paths, to modernize already operating sites. All of this gives opportunities for development of eco-tourism in the Smolensk Region as a whole,” — the Governor Alexey Ostrovsky noted.

Eco-tourism in the Smolensk Region took a great step forward. Families with children, sportsmen, pensioners, people with special needs will find an activity for themselves in the park. The price range is also varies starting from the recreation facilities with suites to camping and leisure options without an overnight stay. At some weekends the park visited up to 15 thousand people. The visitors will have a wide choice here: kayaking, horse-riding expeditions, sup-surfing with built-in excursions, yoga tours, eco-paths, feeding of European bison, bicycle paths, fishing, and a free dug-out in summer. 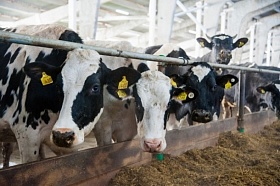 News
A new livestock breeding complex for 1,000 head of cattle will be built in the Smolensk Region
News
Specialized furniture production will be placed in the Phoenix Industrial Park
News
Leroy Merlin has been opened
News
Cast and roll plant in Yartsevo has become a part of Trubnaya Metallurgicheskaya Kompaniya
News
Vyazma enterprise Lava will get financing for the launch of stretch wrapper production