In present borders the Smolensk Region was formed on 27th September, 1937, at present the region is a part of the Central Federal District.

The region stretches for 280 kilometers from west to east and 250 kilometers from north to south. The Smolensk Region is situated in the center of the Eastern-European plain, in the westernmost part of the country.

The Smolensk Region borders on five territorial entities of the Russian Federation: Pskov and Tver in the north, Moscow and Kaluga in the east and south-east, Bryansk in the south and two regions of the Republic of Belarus: Vitebsk - in the north-west and Mogilev – in the south-west. 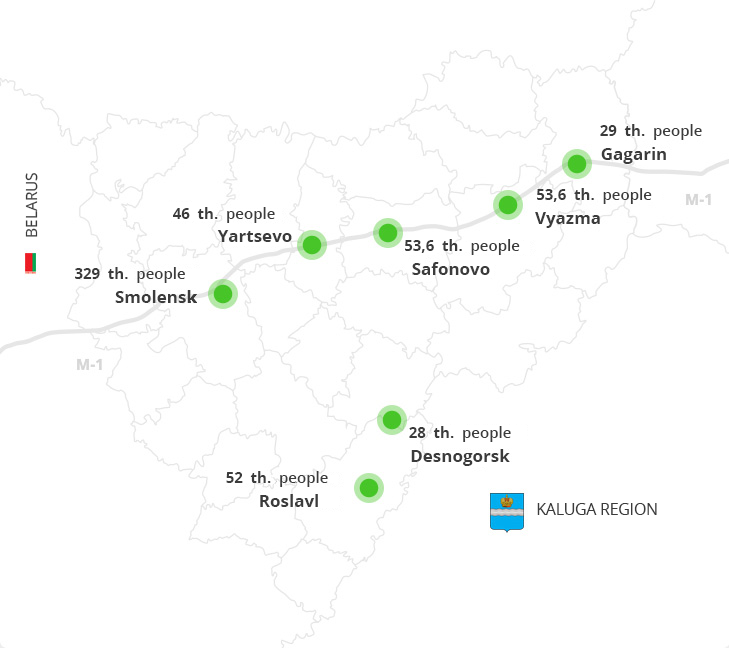